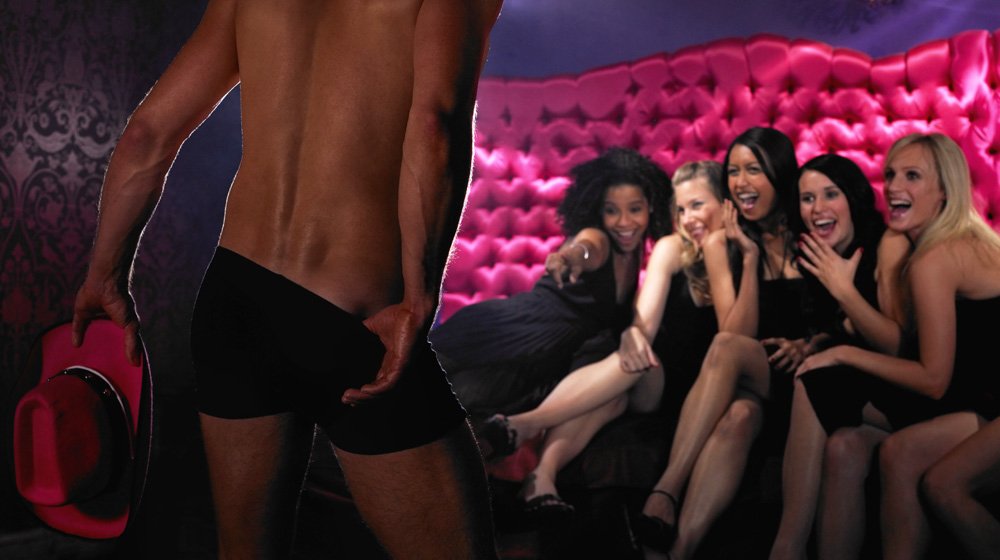 We’ve all seen some strippers in our time; whether it’s a muscle infused fireman rescuing you from a friend’s hen’s party, a naughty policewoman in fishnets teaching you a lesson, or even just a movie like Magic Mike or Showgirls. We’ve all seen it, and whether you’re a man or a woman, it’s always a fun time. But one question that has probably erupted at some point, probably more so from men, is why you can touch male strippers, but not female strippers? Well, for such a simple question, it’s not such a simple answer.

In my opinion, many different factors are the answer to this—the most obvious one revolving around the dreaded gender debate. In order to protect myself now, I want to let you know that I am 100% for gender equality, but I do believe a line has to be drawn in certain instances.

Typically, stripping is a female profession with men only starting to drop their dacks in the late ’70s, and I think there’s a good reason for that. Men and women’s bodies are different, not too different, but at the same time very different. Biologically, a naked woman instinctively arouses straight men. A straight woman on the other hand, is not so turned on by a naked man. Don’t get me wrong fellas, we’re not laughing at your junk, but more often than not it’s a form of comedic entertainment that bonds the girl squad together. You don’t walk into a male strip club and see a bunch of women, in silence, sitting in darkened corners waving $20 notes at the boys—but that’s exactly what you see from men in a female strip club. So, already there’s a difference in circumstances.

And that’s my reason number 1 as to why you’re allowed to touch a stripping male, and not a female. As a male stripper your job is to entertain. If you make women laugh, make women feel risqué for a night, and impress them with your policeman dance moves—you’re going to get tipped. A female stripper’s job is to seduce men, and to do solely that.

I’ve never had a lap dance by either gender, but I can put the pieces together without speaking from experience. Women can basically rub any part of their bodies on you during a lap dance—and I imagine, for a male, that would be a huge turn-on. However, speaking from a female point of view, I do not want random dick and balls being flopped around in my face. A girl at a strip club would pay to stop that shit, rather than ask for more.

So there has to be some leeway somewhere. My guess is that whoever started the art of stripping was pro gender equality. If a woman doesn’t want to get genitalia and pubes tossed in her face, maybe she should be allowed to touch the guy’s abs instead. If a woman waving her junk every which way is already arousing a guy, maybe he should keep his hands to himself.

So, in my opinion, it would cross the line if you were able to touch female strippers. Having said all this however, if a male stripper doesn’t feel comfortable being touched by the old bird in the front row, don’t let her—or maybe start looking for a different profession. The same thing goes for a woman—if you don’t feel comfortable not being touched by your male clients, maybe you should also start looking for a different profession…if you know what I mean.

strippers female strippers
The how, what, when, where, who when it comes to Strippers
How to Spot a Stripper in the Club
Comments
I BUILT MY SITE FOR FREE USING